Inclined territories instigate the shift of the attention from stasis (rest) to the conscious movement. They are connected to geometries, that through the different mediums of art, theories of optical perception and architecture, propel us to explore the possibilities of creating new configurations and conditions of space. At the same time, perceived through the context of the city, they activate, via the human presence and action, ways of reinterpreting relations and disciplines of the built space.

The aim of the studio is to detect and explore the condition of inclined grounds (function of the oblique), through different scales, never the less focusing on the relations that sprout and evolve in the framework of the urban fabric.

The study of existing buildings, the observation of the city and the focus on programmatic elements that empower habitable circulation are suggested as a starting point for the research. The collection of that critical information, will structure a new [architectural] program that will be taking into account parameters such as geometry, embodied experience, human activities etc. 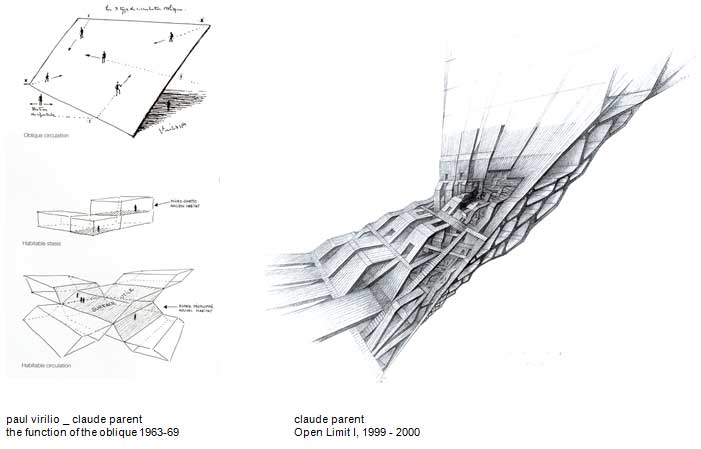 The intention is to explore intrinsic properties of the architectural design process given the thesis that:

Select a building / spatial construction that exemplifies the 'function of the oblique'. Justify this selection, first in relation to your personal interests and second regarding the intrinsic characteristics of the building itself (program, form, circulation etc)

Creation of a common archive

Locate in the city conditions of inclined grounds. The focus of the interest shifts from the building to the relations and 'tensions' that are nested in the context of the urban fabric and the everyday life in it.

Introduction to the meaning of metastability | habitable circulation_Virilio, Parent

Final association of the programmatic and architectural intention to the plot

The 'room' and the city  [From Local to Global]

Creation of a collective map/model with the teams' proposals 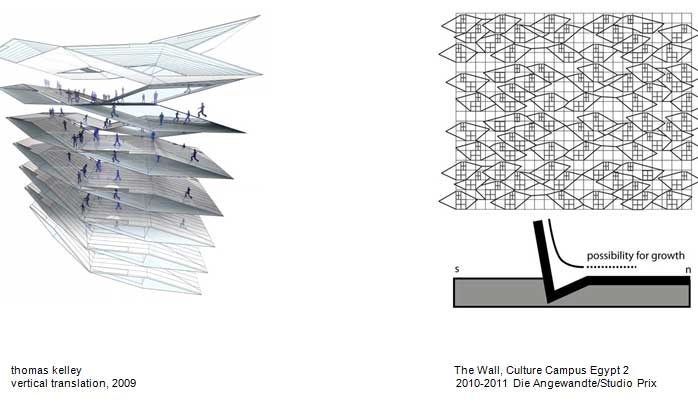